How do you explain this? There are many, many more — which of course you have not mentioned in your blog. But if you can answer the above three without resort to special pleading or hand-waving I may concede there is some grounds for a serious debate. As the winds in the Gulf of Aqaba blow North to South , I strongly suspect a land journey through the Aravah would be easier to accomplish.

So far, I am only aware of textual references to Somalia, Oman, Yemen, and Ethiopia, and Eritrea as growing frankincense. Judah did produce much basalm from the Dead Sea coast in the 7th C BC, and this industry certainly revived after the Babylonian exile to continue into the Roman era.


Perhaps it was the basalm industry Yadin Roman was referring to? This gold was of Amau, a land which supplied the Egyptians with ivory and ebony as well as gold see the Meeks article you mention, p.

The copper-yielding Arabah was known to the Egyptians as Atika. It did not, to my knowledge, exist in the Late Bronze Age. It might have existed in poorly-archaeologically explored Eretria and Ethiopia. If this is even remotely true, I may have to reconsider my current thoughts about either lapis-lazuli or the Puntites. Could you give a source for your claim? Because I, along with the academic establishment, have a particular distaste for late sources and clearly out-of-place names in topographical lists.

My answer is simple: whoever was writing for Thutmose III was lying. The only evidence the royal inscriptions of Thutmose III give for his supposed conquest of Punt is a name on a topographic list even according to you.

Thutmose III also included Kadesh as a city on a topographic list of cities taken in his first campaign, even though Kadesh was not captured in his first campaign. As pointed out by several scholars, topographic lists were never intended to be factual statements of conquests, but, rather, propaganda pieces. I consider the earlier lists that place Punt in the North to be mistakes and the later ones to be speculation on the part of their authors.

My question for you is how you explain the clear evidence for a southern location for Punt I have pointed out in my previous rebuttal which, judging from my view counts, you seem to have glanced at , especially the el-Kab inscription. Aplogies if my entry seems rude or sarcastic. This was not intended.

I was trying to be slightly humorous, but feel I might have crossed the line. Mr Harding, Your response illustrates in the clearest way the weakness of the conventional take on Punt and its location:. You said: It does not follow that the two places were identical and that the Egyptians could have used the same name for two different places.

All these responses involved special pleading: In each case the logical and straightforward solution is rejected in order to rescue the prevailing paradigm which places Punt in Eritrea or Somalia. So the Egyptian scribes were either lying or ignorant.

The above list by no means exhausts the evidence for placing Punt in Palestine. On the contrary, a volume could be filled with it. Consider, as a small sample, the following:. This would strongly suggest that Punt was close to Byblos and this, by the way, is an early, not a late, source. If it means what mainstream Egyptologists assert, then Hatshepsut was claiming to rule as far south as the border of Eritrea or Somalia.

So, once again, in order to rescue the prevailing paradigm we have to assume that the Egyptian scribes were lying. Surely you must see the absurdity of this position. In actual fact, it is far more likely that in the above-quoted inscription Hatshepsut was using the distance from Punt as a measure.

You said: The lists are untrustworthy as they are of late date though one was from the time of Amenhotep III. I have never imagined topographical lists to be inerrant. Also, you only answered one of my questions to you in my above response-there were at least three more. Furthermore, I neglected to mention in my last posting that there is no archaeological evidence for contact between Egypt and Eritrea until the time of the Ptolemies — and even that was miniscule. Regular contact only appeared in Roman times.

Punt, as you may know, was originally placed by early Egyptologists in Asia, but they relocated it to Africa after the discovery of the Deir el Bahri reliefs, which showed apparently African animals such as a giraffe and leopards. These included lions, leopards, gazelles and, yes, giraffes. I wish you a great deal of fun in your continuing crusade against the much-defamed and long-dead Velikovsky, but your ideas will be sidelined in the end. The el-Kab inscription does make Punt an ally of Kush when Kush campaigned against 17th Dynasty Upper Egypt, clearly demonstrating the near-certainty Punt was in the South.

The fauna of the Punt reliefs of Hatshepsut are not the only reasons or even the best ones Egyptologists place Punt in Africa! As you have continued to pretend none of the evidence I presented in my responses and even first post! None of those plants or animals need to be native to a region to be there. There was a lot of Trade going on.

Humanity should be greatfull for the stone that Dr. Velikovsky has thrown in the pond. Mr Sweeney has made a very strong case and has my vote.

Moreover, he remains a gentleman in his choice of words. I have made the same translation on the base of the broken obelisk in Karnak and agree with A. 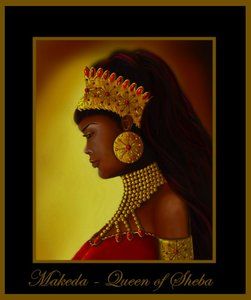 Everybody agrees also that the Egyptians were a bit of graffity artists and made sure everybody knew they had passed were they did. What happened with the multitude of scarabs or any other egyptian artefact in your location? Those scarabs might be still there. Archaeological sites are not well-protected in either country. Though excavations led by Western teams do take place in both Sudan and Eritrea, they are necessarily limited by their respective dictatorships.

Most archaeological attention in eastern Sudan and Eritrea is on the Graeco-Roman period. Also, did you not notice the mentions of Pharaonic Egyptian artifacts in Eritrea in this post?

I have not accepted defeat here because I have not been defeated; Mr. Sweeney, however, has. Heed this warning. I have no made up my mind on Punt yet many Kings visited Solomon so Hathushet could have as well, Shea is singled out for theological reasons so hahtushet could have,. Your arguments against placing Punt in Canaan are valid.

What I do know is the popular African identification or Punt I feel is unlikely. Both you and those supporting the Hathushet and Sheba theory refer to neither as Royalty. Which did trade with same African regions superficially suspected. That is a really good question. Way to late to correlate to the Queen of Sheba then. The Queen of Sheba visited Solomon in his 37th year at the latest. Yemeni pottery even from, apparently, beyond the Bab al-Mandeb has been found at Mersa Gawasis.

Others have said they do look Semitic. Look at Afewerki today. Ethiopians are largely mulattoes. A number of generation, I would not have expected to see anything directly abut Tuhmosis III to be mentioned. Which letters are they?